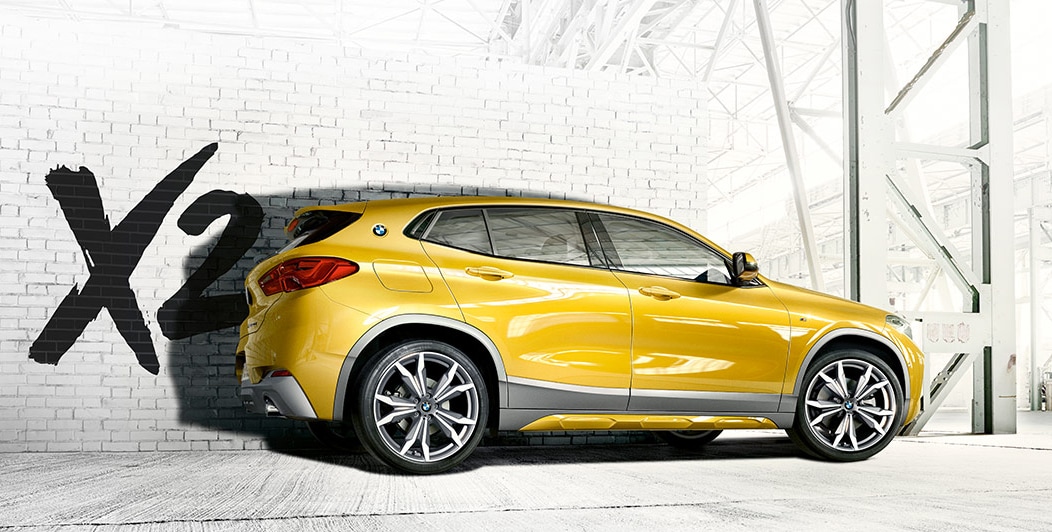 Style and tech are everything, today. Today’s modern youth is far more concerned with how a car looks and how many gadgets it has than …

Style and tech are everything, today. Today&rsquo;s modern youth is far more concerned with how a car looks and how many gadgets it has than how it actually drives. Millennials aren&rsquo;t concerned with how a car drives, how it feels or how well it performs. Instead, they&rsquo;d rather have a stylish techno-fest that can Instagram their artisanal, gluten-free doughnuts as they drive along. So automakers have been creating small, stylish, urban crossovers to target young car buyers and it seems to be working. Although, it seems that the Bavarians have come up with a car that might be able to appeal to both audiences, millennials, and enthusiasts&ndash; the brand-new, first-generation BMW X2. 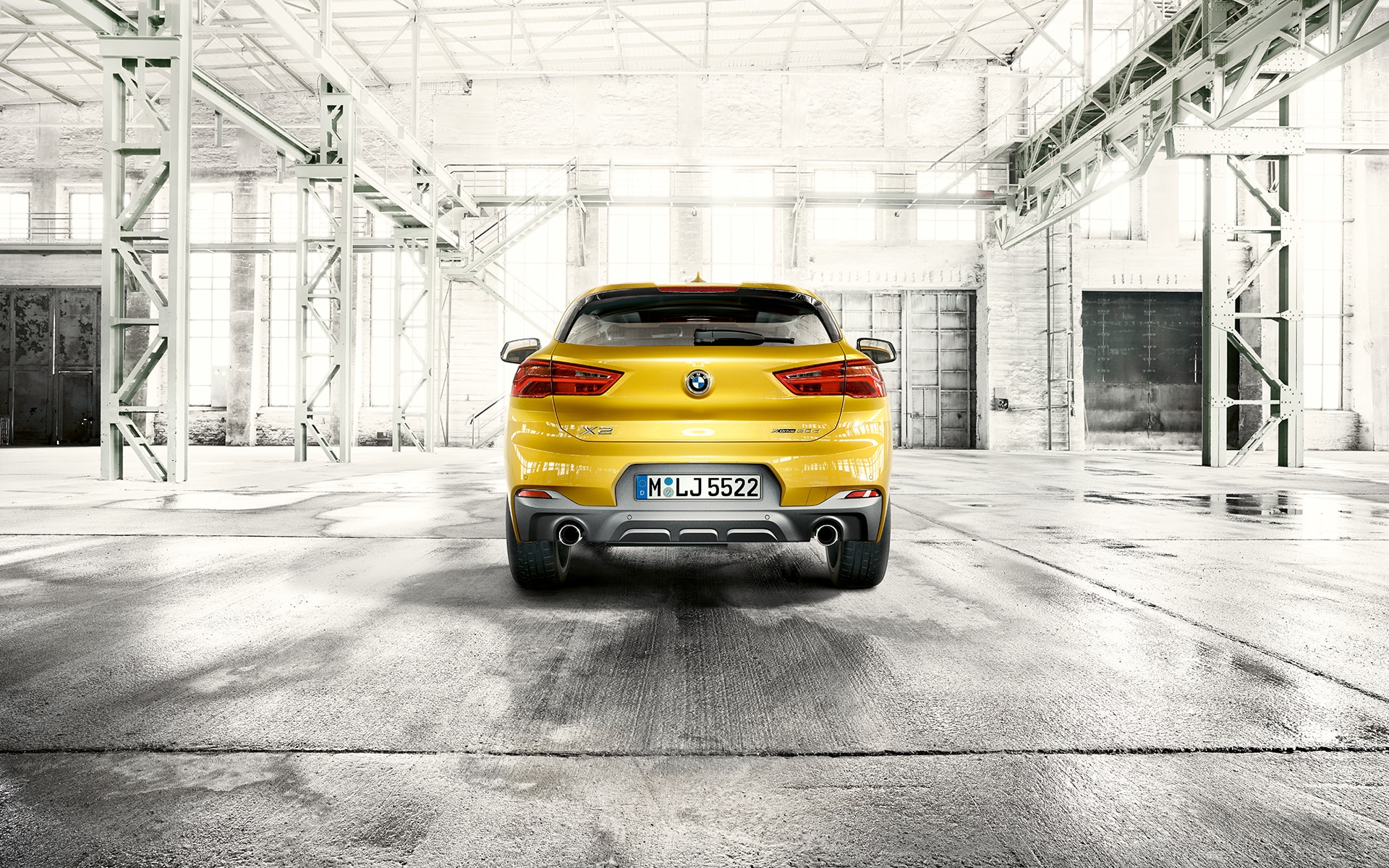 Take one glance at the X2 and it’s immediately recognizable as a youthful car. Hell, it even comes in Snapchat Yellow. But don’t let its modern urban styling throw you off. The BMW X2 isn’t just for people who order multi-grain, organic, soy-bean coffee while wearing free-range, locally-sourced, handmade hemp t-shirts. It’s got some proper BMW underneath the skin. Yes, it’s based on BMW’s UKL architecture, meaning it shares its components with more MINIs than BMWs. However, despite what many pundits might claim, that UKL platform is capable of making some genuinely good driving cars. So, in the words of our youth, “don’t @ me”. 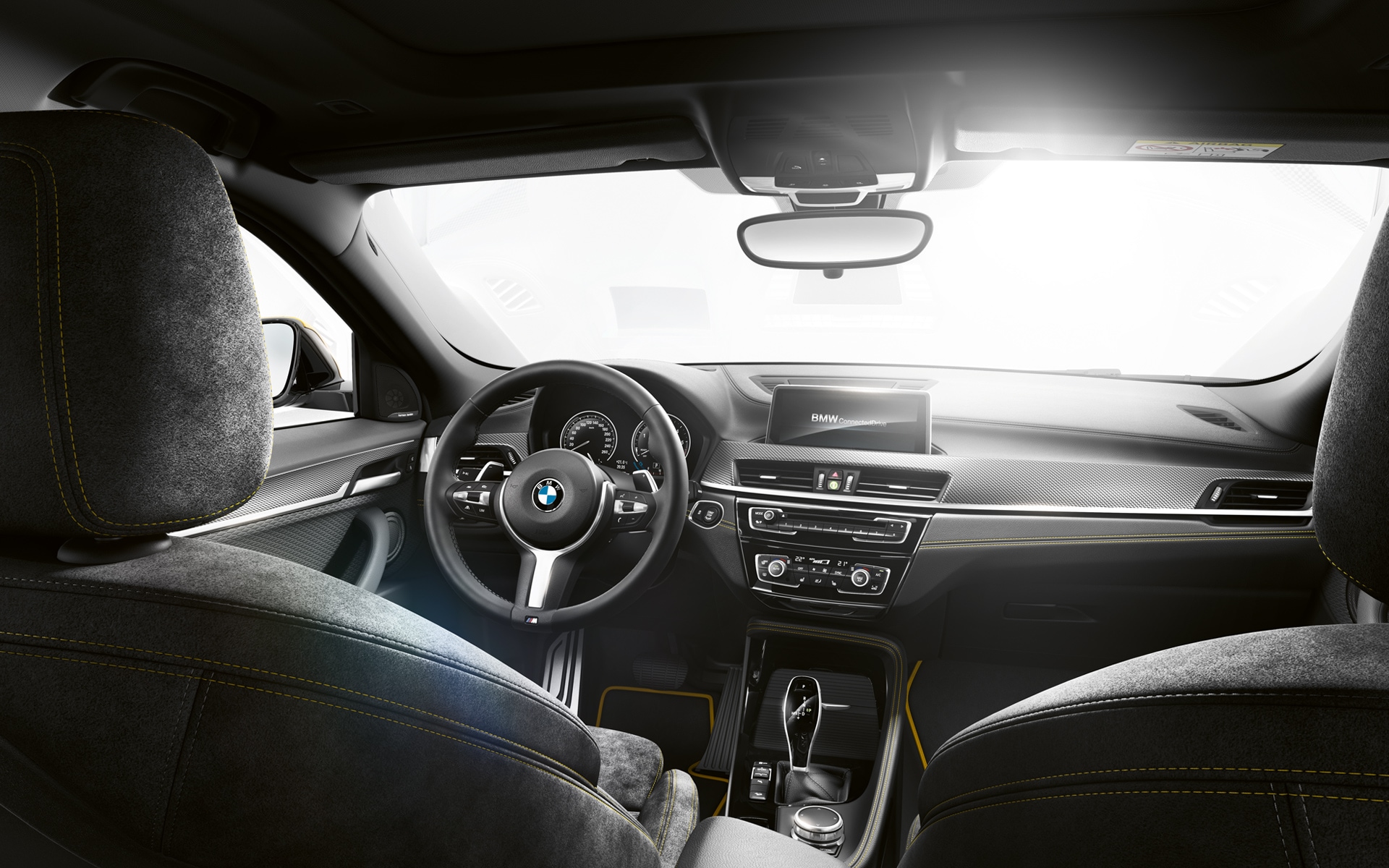 Having said that, BMW has made the X2 sportier, more aggressive and more stylish than the X1. It’s immediately recognizable from its sibling, thanks to a lower ride height, wider stance and more aggressive styling. The roof is more aggressively raked and it comes with large front air intakes. It’s also smaller, full-stop, making it seem more nimble. Its suspension is also tuned to be sportier than the X1’s, which is actually a surprisingly good driving car. Three trim levels will be available: Basic, M Sport and M Sport X. So it’s clear BMW has “sporty” intentions for the X2. “Basic” is, well, the basic BMW X2. “M Sport” adds some sportier bits, much like any M Sport BMW, such as dark shadow accents, with side skirts and wheel arch trim in body color. The new “M Sport X” trim level supposedly brings accents from both M Sport and X Line trims. So it looks like an X2 M Sport but with its side skirts, bumper and wheel arch trim in Frozen Grey. This makes it look a bit more rugged while its front air intakes look sporty. It’s a sort of odd juxtaposition but I think it works. 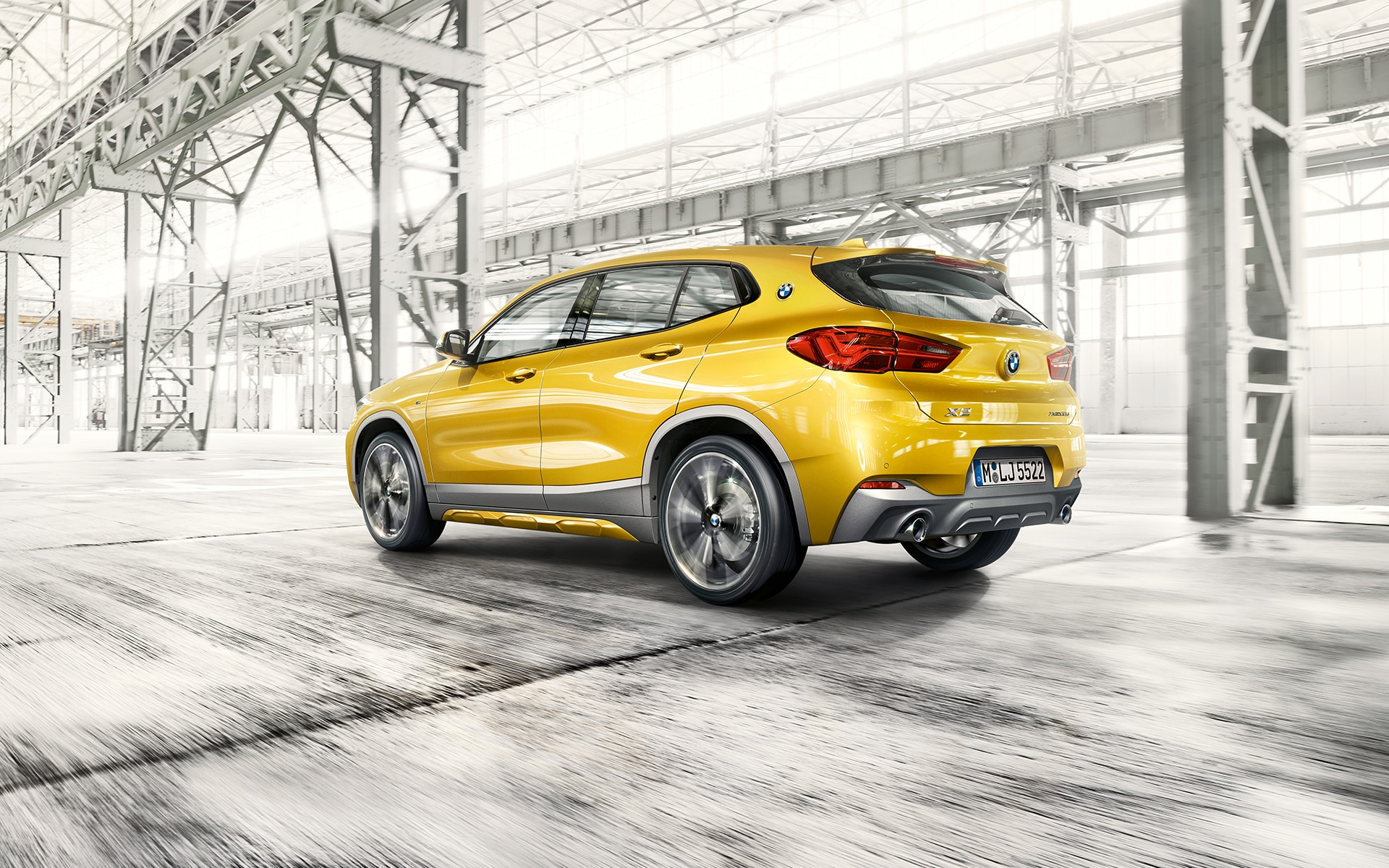 “The BMW X2 represents an expression of modern and extrovert vehicle dynamics,” says Adrian van Hooydonk, Senior Vice President BMW Group Design, in describing the new BMW X2. “Its standalone vehicle concept brings a new, fresh and exciting facet of the BMW to the compact segment.” From the front, the headlights are very angular and quite angry. It also features the first ever set of kidney grilles where the outline is wider at the base than it is at the top, giving them the look of being upside down. There’s no doubt BMW has intended this face to be the sportier face of its SUV lineup. Like it or not, it certainly stands out from its X1 counterpart and younger crowds are probably going to love it.

The BMW X2’s best angle is probably from the side. In profile, it has the right stance, looks muscular and has a clearly defined Hofmeister Kink, a necessity for BMW design. However, the best design cue of the side of the car has to be the BMW roundels on the C-pillars, much like the classic BMW 3.0 CSL. It’s a great touch and one that harkens back to classic BMWs. The contrasting side skirts in the MSport X trim look a bit odd. They’re not bad but they sort of remind me of the plastic body cladding on cars like the Audi Allroad. Still, if you’re looking for something sporty yet rugged, it will probably work for you.

“The BMW X2 fuses the fast-moving forms of a coupe with the robust volumes of an X model,” sums up Thomas Sycha, Head of Design BMW Compact Class. “It was important to us to make these apparently conflicting aspects of the BMW X2 and the car’s individual character something you experience from every angle and at first glance.” 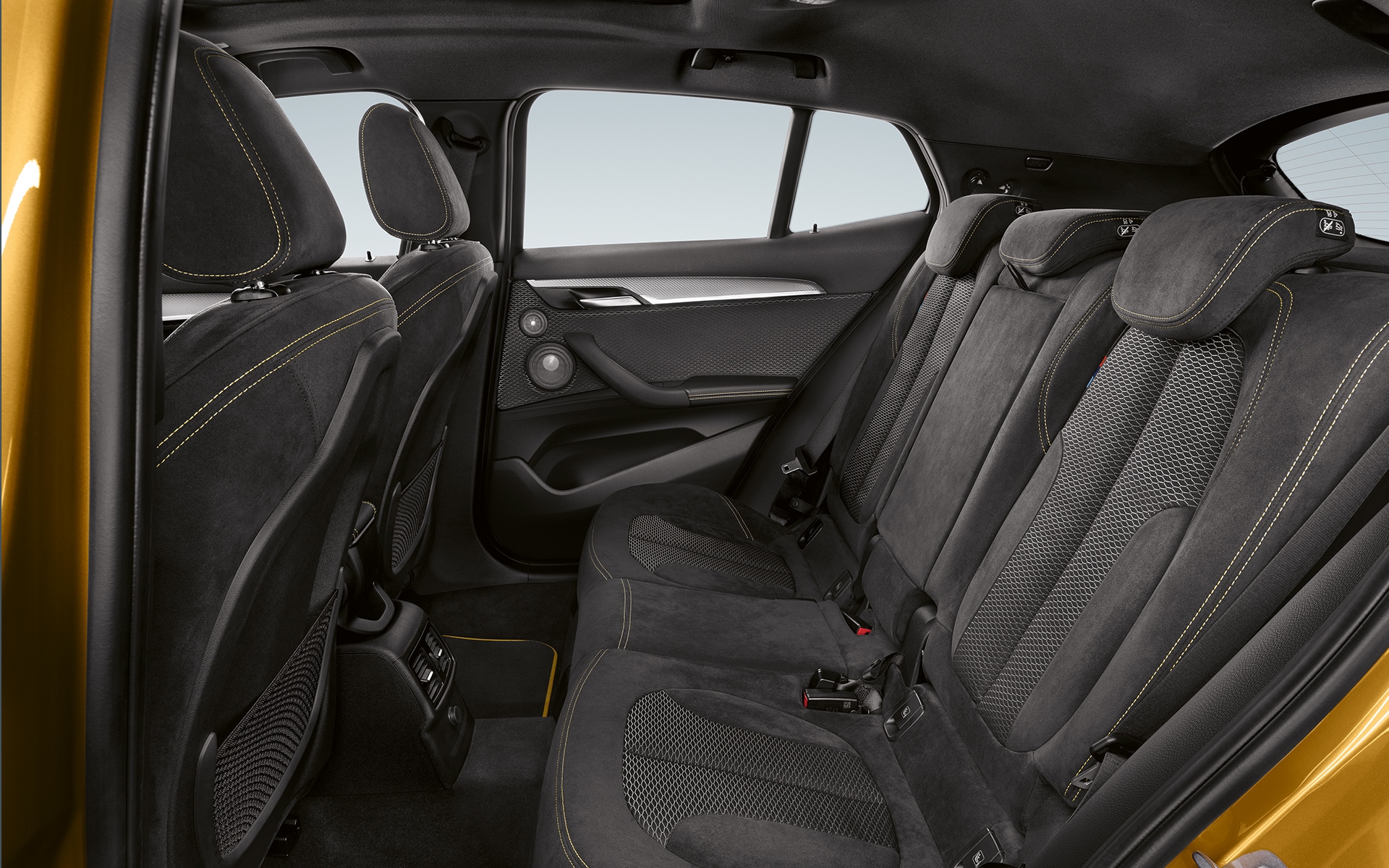 Its weakest angle is probably from the back, where it seems a bit frumpy. It’s not bad looking, it just has a bit of a bulbous ass. The taillights look good, though, and really slim out BMW’s classic L-shape. There’s also a little rear spoiler that adds some sportiness to the back end. Inside, it looks almost identical to the BMW X1, though it comes with a new shift lever, which we expect to make it to the X1 as well, once it gets dual-clutch transmissions as well.

We knew the BMW X2 was going to be youthful and stylish, though. That’s the whole point, to attract younger buyers who have active lifestyles and maybe very young families. But will it drive like a proper BMW or will it just be another front-wheel drive-based crossover? BMW claims the former. Both M Sport and M Sport X trim levels bring M Sport suspension, which is sportier than the already sporty setup of the X2. However, one can spring for an additional Dynamic Damper Control adjustable suspension setup that lowers the car 10 mm. Those trim levels also give it either 19-inch wheels or optional 20’s. The steering in the BMW X1 is actually surprisingly good and is some of the best steeringfrom a modern BMW. So we’re hoping that the steering in this X2 is even better. 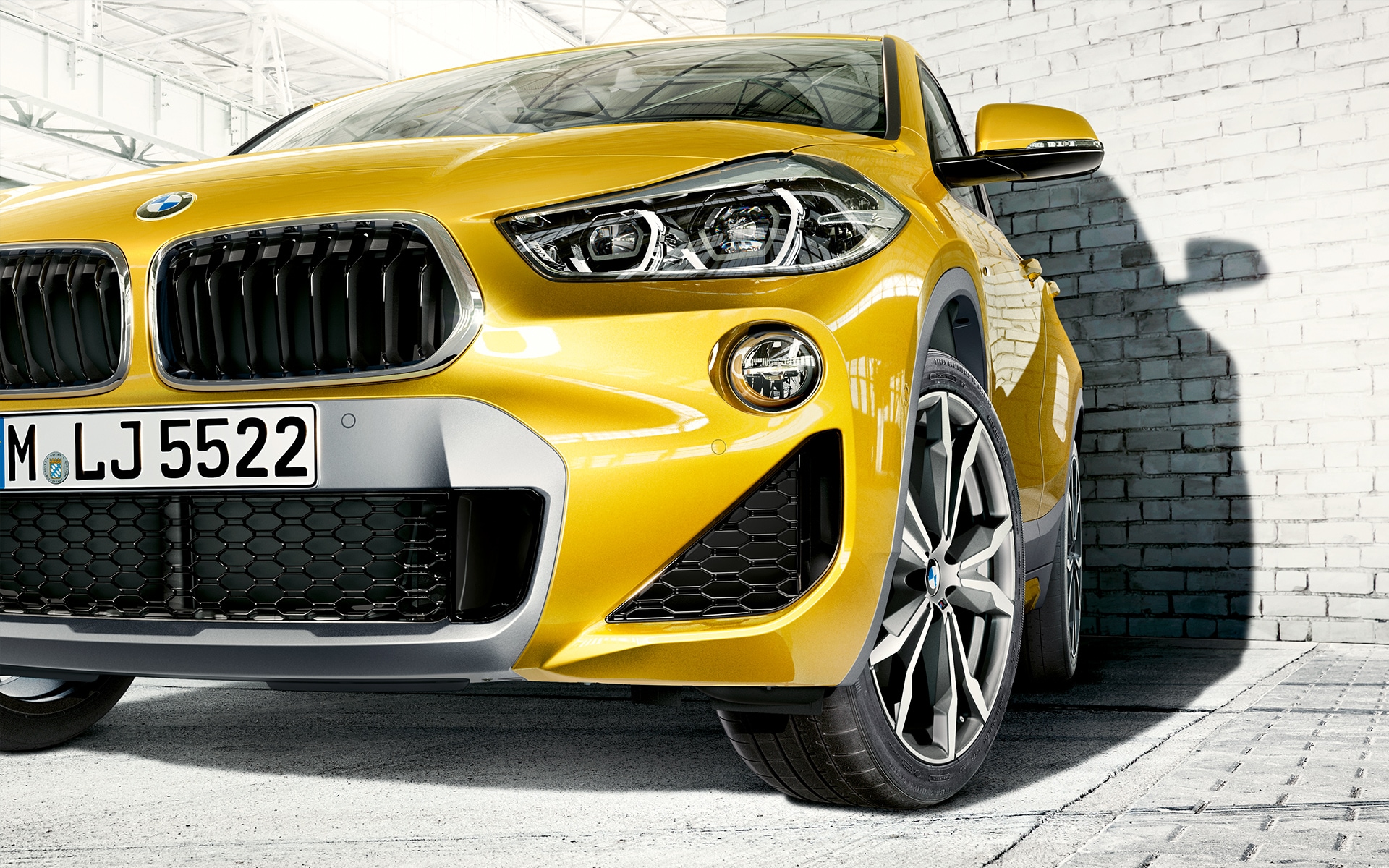 Powering the BMW X2 will be the typical suite of small four-cylinder engines, both petrol and diesel. So there will be a BMW X2 xDrive18i, xDrive20i, xDrive20d and xDrive25d. Transmission options will be either a six-speed manual or seven-speed dual-clutch automatic. Though, the one to have is the BMW X2 xDrive20i, as it comes with the most potent of petrol engines — a 2.0 liter turbocharged four-cylinder making 192 hp and 206 lb-ft of torque, with only the DCT gearbox available. BMW claims it can get from 0-60 mph in 7.7 seconds. That’s not great but it’s enough to be fun, so long as the chassis and steering are good.

The BMW X2 will also have enough tech to appease Millennials and their smartphone-obsessed culture. It will get the latest iteration of BMW’s iDrive with touchscreen compatibility. So it will have three different means of interaction, in the form of the rotary dial, voicecontrol and the aforementioned touchscreen. The standard iDrive system in the X2 will be a 6.5 inch screen without touchscreen capability but upgrading to the 8.8-inch screen will get you touch. It will also get BMW’s suite of ConnectedDrive features, making it the most high-tech car in its class. 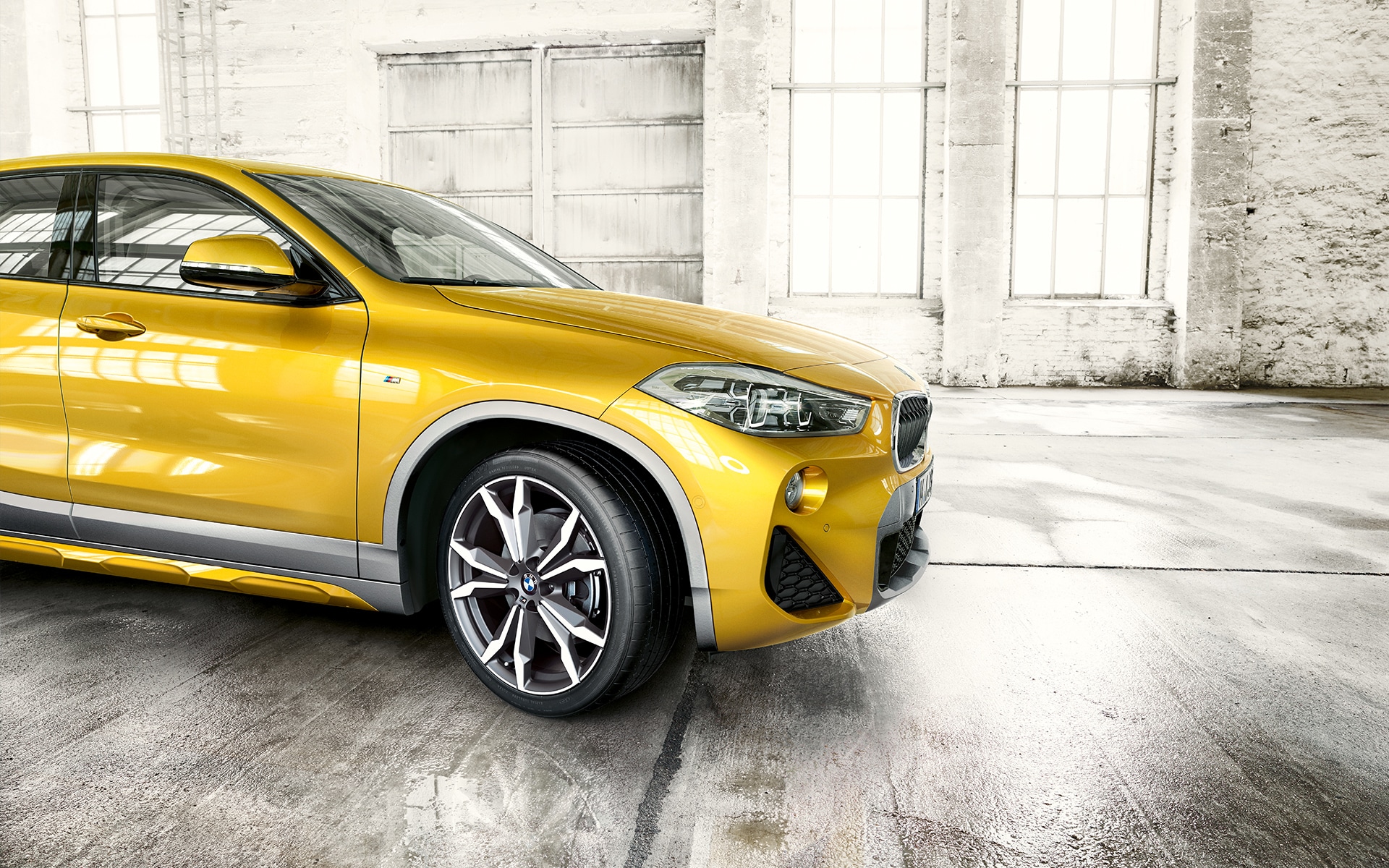